The Musketeers of Peace in Aula

Peace and Cooperation has a global mission 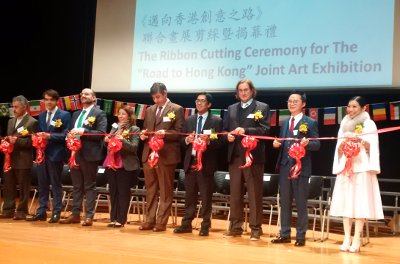 Since its nomination in 1986 as Peace Messenger by the United Nations, this Foundation has been presenting its school campaigns at the UN Headquarters in New York and holding press conferences with the support of the Spanish Permanent Mission. Since 2005, its prize-giving and award ceremonies have been held in several cities around the world.

The “Road to…” began in 2011, which includes all activities and events related to the school campaign, simultaneously announcing the city where the end of the School Award will be held. As of right now, we have celebrated the “Road to Jakarta”, “Road to Manila”, “Road to Algiers”, “Road to Hong Kong”, “Road to Buenos Aires”, “Road to Vienna” and “Road to Cyprus”. The exact venue will be chosen during the meeting of the International Jury on October 24th, United Nations day. For 2020, our proposal is Vienna.

The universal work on the school campaigns has given us the possibility to meet many colleagues and friends in the search of shared values, as well as great moments of fraternity and forums of peace and love.

Every school award campaign intends to enlighten and suggest a collective reflection on some of the most diverse aspects of world problems.

Why don’t we use our creativity to achieve a better world? That is the purpose and the big challenge for the schools and teachers around the world. In order to move forward in our pilgrimage we are calling to our aforementioned friends that we are proud to have found during our Roads to support us in continuing in and improving on our work.

Throught these years the creativity was the key to participate in our annual school campaign which is a school award. Schools or network schools joined to our school award.

Thus, came up the idea to establish an International Council which has received very possitive feedback. It is made up of very original initiatives: the School of Creativity in Hong Kong directed by Mike Chan and its chain of atelier shops, the great network creativity at CEDART in Mexico; KANOON in Iran. 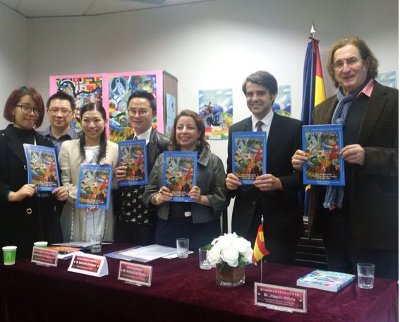 It is noteworthy the collaboration of Pilar Barroso, head teacher of CAUDE School from Majadahonda and Mercedes Roig, teacher of Fomento de Sansueña School from Saragossa. From 2019 we have as diplomatic advisor and patron of the foundation the Spanish ambassador Arturo Perez Martinez.

On another note, the extraordinary contribution of the educator Elvira Sanchez-Igual from World Association of Early Childhood Educators, AMEI-WAECE deserves a special mention. She recently laid out the foundation for the latest school award campaigns and presented them at the United Nations in New York and Vienna with Joaquin Antuña.

With our accumulated experience and enthusiasm during the last thirty years, Peace and Cooperation is thankful for the support of these knights of Creativity, it is impossible to list all of the contributors who participated in this launch of the World Alliance of Creativity.

In order to launch this initiative, we have nominated Noelia Silva as general secretary and a consultative committee with Ester García and other colleagues.

Galicia Digital is our media supporter and influential digital founder by Xulio Xiz, a mass media guru. We support the Global Partnership with Jeffy and Sonia Sachs to reach the 17 goals of SDG (Sustainable Development Goals).

The whole thing is a puzzle and a kaleidoscope of creativity that is in progress and integrates the School Award of Peace and Cooperation. The General Director of UNESCO Koichiro Matsurra in his message at the Forum of Barcelona in 2004 referred to Peace and Cooperation as, “an organization that has already achieved seniority in the tireless defense of peace and nonviolence, and one of its most exceptional initiatives through the Peace and Cooperation School Award has been to distinguish the efforts of those in the various parts of the world who implement the ideals of peace and respect for cultural diversity”. These kind words oblige us to move forward with renewed determination and energy to spread and promote to all interested parties, creativity for peace and simultaneously serve as a forum for discussion and proposal.

In 2019, a collaboration agreement was signed with CTBTO, the Comprehensive Nuclear-Test-Ban Treaty Organization, to carry out the school campaign “For a Safer World – Let’s Join Forces with CTBTO”. The call was made in Vienna at the United Nations on 29 August 2018 and the awards ceremony was held at the CTBTO Science and Technology Conference on 27 June 2019 in Vienna, Austria.

On 4 October 2019, the Spanish representative to the OSCE, Ambassador Luis Manuel Cuesta Civís, presented in Vienna the 2020 Peace and Co-operation School Prize “The future of children and young people – Growing up happily in a safe world. OSCE at the service of youth”. The Rights of the Child and the achievement of the United Nations Sustainable Development Goals are highlighted.