Everything that was collected during the event had a solidarity purpose : support the victims of the volcanic eruption that had occurred in La Palma island.

Thus, a solidarity raffle was organised with several wins included two grants from the Society for international studies, a painting given by Mayte Spínola y Barreiros, benefactor of the Pro Arte foundation and author her-self of the painting, and several card games from Juega España, one of the duke of Anjou’s latest project.

The cocktail reception was animated by Tuna Botín and the dinner by opera performances, as the national police tenor D. Juan Ledesma de la Concepción performance.

Moreover, the association Merit medal was awarded at this event to personnel from the national police, armed forces, security forces and corps and private security, as well as well-known personalities, in recognition of their commitment to Spanish society. 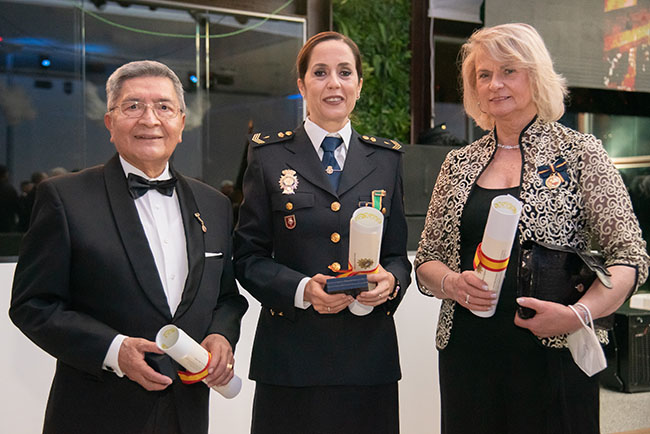