Croatia Presidency of the Council of the European Union

Croatia Presidency of the Council of the European Union

The Ambassador of Croatia inaugurated the III United Nations Forum with her conference on the priorities of the Presidency of her country of the Council of the European Union, in an event held at the thriving Centro Riojano of Madrid before a multitude of diplomatic colleagues, business and culture people, partners of the Centre and friends of Peace and Cooperation. 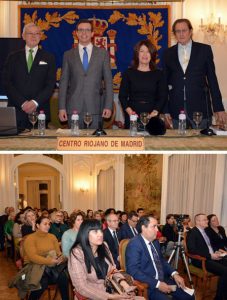 Mrs Nives Malenica, o expresses herself in an excellent Spanish due to her five-year stay as ambassador in Chile, explained that “being the youngest member country of the EU Croatia provides the European Union with a unique experience” of transition from a socialist system to a democratic one and from war to peace facing reconstruction.

During his presidency, which she faces “with enthusiasm and pride”, 165 events are organized in Zagrev and 52 outside the capital, 1400 meetings in Brussels, 9 conferences at a ministerial level and 12 informal ones, as well as hundreds of cultural events in the member states of the EU”, a complete showcase of Croatian culture.

The Conference on the future of Europe will be the opportunity to tackle the challenges that loom over Europe, from an orderly Brexit to populisms and nationalisms, as well as the environmental challenge of climate change.

The Croatian method consists of dialogue and the strength of democratic principles, in line with the program of the Trio composed of Romania, Finland and Croatia under the slogan “A strong Europe in a world of challenges”.

“Among the most important issues of our Presidency, Brexit and the Multiannual Financial Framework will occupy a prominent place,” continued the illustrious lady.

The exit of Brexit should be ordered and at the same time weave bonds of common interest respecting the Withdrawal Agreement and the Political Declaration on Future Relations. Everything in a 3/4 beat.The same applies to the Multiannual Financial Framework that should be “ambitious, balanced and sustainable.” “Assisting the efforts of the President of the European Council Jean Michel in particular through the inter-institutional dialogue between the Council, the Commission and the European Parliament” to obtain the necessary funds to achieve the deployment of the fifty legislative acts that will be approved between the Council and the European Parliament. 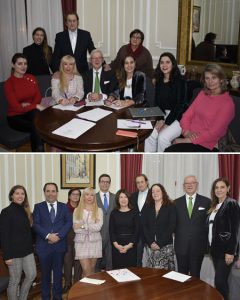 She went into detail in the thorough examination of the four priorities already mentioned, highlighting the preservation of the Union’s competitiveness, strengthening of infrastructure and new technologies, protecting our borders with a spirit of building the Union as a space for freedom, respect for human rights, shared values, democracy and the rule of law. Croatia supports multilateralism and the achievement of the 2030 United Nations Sustainable Development Goals and also the enlargement of the EU in a legal security framework. Maintaining contacts with the candidate countries, with special attention to the eastern and southern regions, including Southeast Europe.

In brief, a balanced and prudent program “to promote open affairs and find the right solutions with the Member States and institutions”.

Croatia has been able to sail in whitewater and overcome all the problems that stalked it during independence, so it can bring its sailor experience so that the ship Europe does not get stuck and can achieve great goals.

Before the conference, the Commissions for the proper functioning of Peace and Cooperation were constituted and after it, the time for fraternity with the Croatians present arrived, such as the Vice Mayor of the jewel city of Dubrovnik and those attending this III Forum of the United Nations.

The Riojano Center invited us all to an excellent wine and drinking these sublime broths, friendships are forged and projects emerge, as a unique tasting challenge of Croatian and Riojan wines.