74th anniversary of the Universal Déclaration of Human Rights

74th anniversary of the Universal Déclaration of Human Rights

How was the Declaration developed ? The text arised of a desire to prevent another Holocaust and the suffering endured by people. Remembering the two World Wars and the recent Great Depression, the editors wrote what should not and what should be done to human beings. Many world leaders have explicitly laid out the rights that all men, women and children must expect and demand, simply because they are human beings. 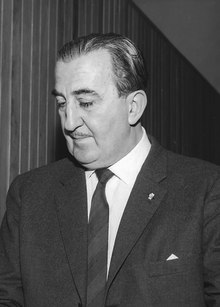 Chilean editor Hernán Santa Cruz commented that the 58 member states of the United Nations at the time agreed that human rights flow from their existence. It is the recognition of human rights by States – he said – that gave rise to the inalienable right to live without deprivation, oppression and to fully develop one’s own personality.

The United Nations Charter presupposes international recognition of human rights. But there is no development of standards. A Special Commission on Human Rights was established and the Declaration of Human Rights was adopted by the General Assembly with 48 votes in favour and 8 abstentions on 10th December 1948 at the Palais Chaillot in Paris.

Eleanor Roosevelt, first chair of the United Nations Commission on Human Rights and widow of the U.S. President Franklin Roosevelt, repeatedly stressed the need for a clear and concise text that can be easily understood by any man or woman. 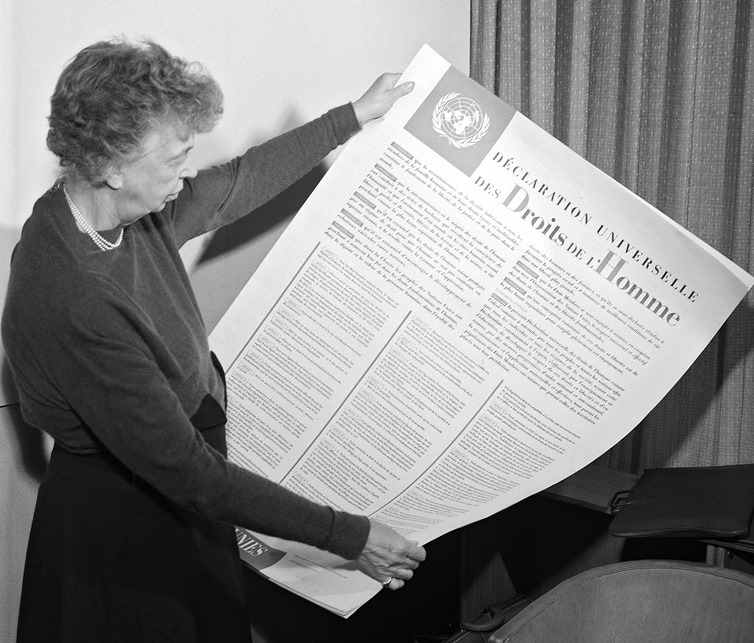 The Declaration consists of 30 articles. The preamble begins with the idea that fundamental human rights have their root in the dignity and worth of the human person and that they therefore belong to all members of the “human family”. Equal and inalienable rights. These rights must be protected by a system of law so that the human being is not constrained to the supreme resort of rebellion against tyranny and oppression. The rights themselves listed in the Declaration can be divided into several categories. 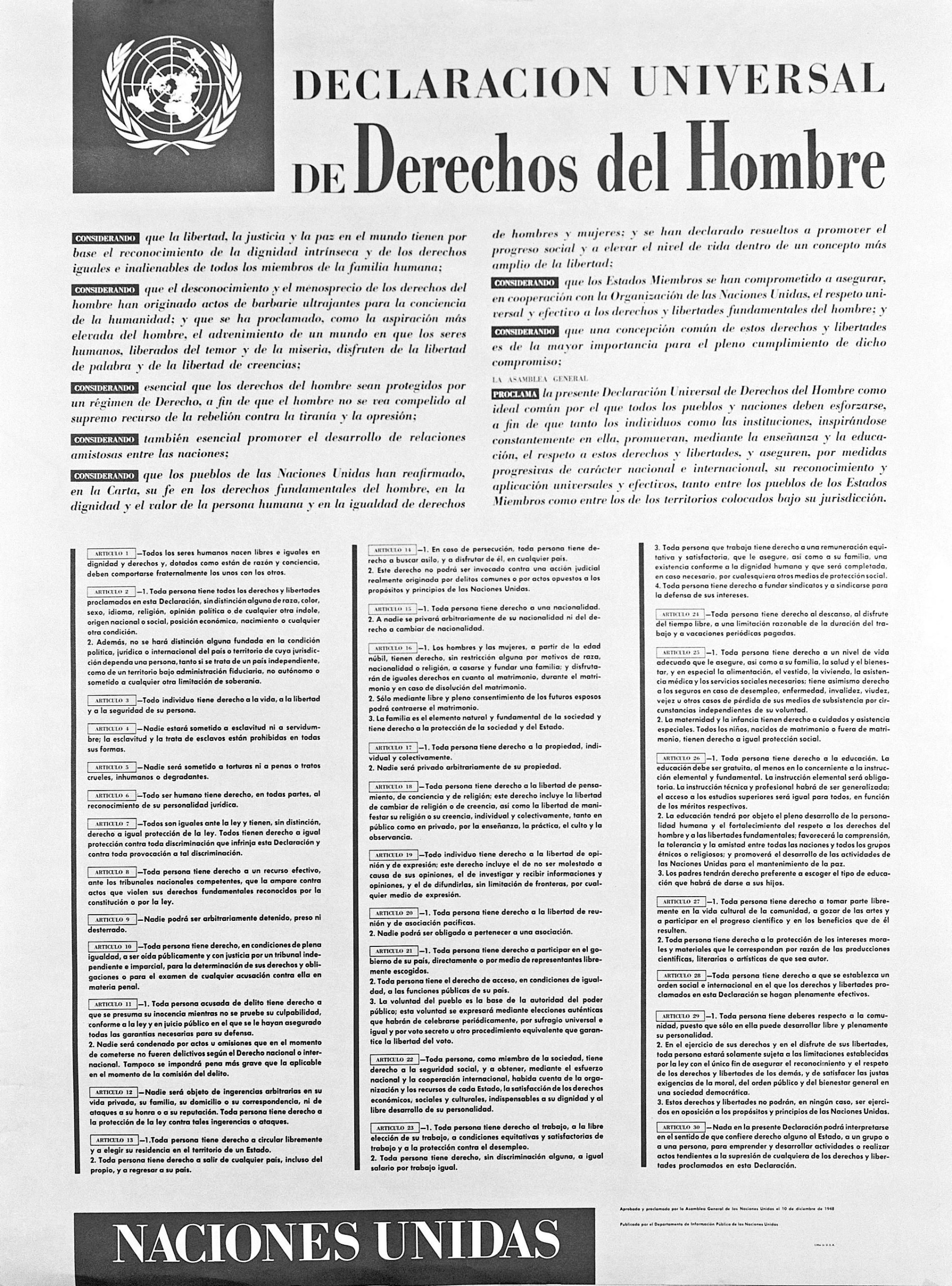 In addition to the rights which in themselves imply abstention on the part of the State, the Declaration contains others which imply positive action by the State. These rights are of two kinds: procedural and political rights on one hand and civil and social rights on the other hand. The first category includes the duty of States to grant to all, on an equal and indiscriminate basis, legal protection through independent tribunals (Articles 7, 8, 10 and 12), the presumption of innocence until guilt has been established by the courts (Article 11, paragraph 1), the right to equal universal suffrage and participation in the government of the country, directly or through freely chosen representatives, bacause the will of the people is the basis of the authority of the public power (Article 21).

The universal ideals contained in the 30 articles of the Declaration range from the most fundamental – the right to life – to those that make life useful, such as the rights to food, education, work, health and freedom.

The Declaration and its 30 articles marked a turning point in the history of human rights. For the first time, the fundamental rights of all persons have been established and universally recognized in order to ensure their protection. Because they are inherent to all women, men and children, the rights listed in the 30 articles of the Declaration are indivisible. Moreover, they are all equally important and cannot be placed in any hierarchy. No human right can be fully exercised without the exercise of all others. The denial of one right makes the enjoyment of others difficult.

The document submitted to the United Nations in 1948, however, was not the comprehensive binding treaty that some delegates expected. It is a statement of principles, with a notable absence of detailed legal formula. It took more than 18 years to pass the two binding international covenants that shaped human rights at the global level: the International Covenant on Economic, Social and Cultural Rights, and the International Covenant on Civil and Political Rights, which were adopted in 1966 and, with the Declaration, are known as the International Charter of Human Rights. The problem is that states always resist supranational control.

Over the past 74 years, the Universal Declaration of Human Rights has permeated every corner of international law. Its principles are found in national legislation as well as in important regional treaties, and more than 90 States have enshrined them in their constitutions. 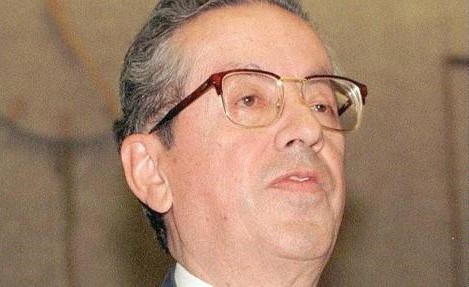 Many UN treaties, including those on women and children, torture and racial discrimination, stem from specific articles of the Universal Declaration of Human Rights as well as other UN declarations on human rights, in particular those on the rights of the child of 1959, the elimination of racial discrimination of 1963, the conventions on genocide, refugees, women, rectification, statelessness, abolition of slavery, married woman, marriage etc.  The meritorious work of the ILO and UNESCO must also be recognized.

On 20th December 1993, the United Nations General Assembly created the position of High Commissioner for the Defence of Human Rights. It is headquartered in Geneva but has offices in 13 countries or territories: Bolivia, Cambodia, Colombia, Guatemala, Guinea, Mauritania, Mexico, Palestine (which is an independent office), Kosovo, Togo, Tunisia, Uganda and Yemen.

The world has been changing dramatically in the last 74 years. The editors did not foresee the challenges of digital privacy, artificial intelligence or climate change. However, the Declaration’s emphasis on human dignity continues to provide a solid foundation for the concepts of freedoms related to emerging issues. Seventy-four years later, the Declaration remains in force and as necessary as the first day.

Today is a day to celebrate and raise awareness of the vital importance of human rights, to attract attention and to get involved in their defence and advocacy.

It is our duty to pass on to future generations this heritage of Humanity because it is fundamental to educate young people about human rights in order to help build a society conscious of the dignity of all human beings.